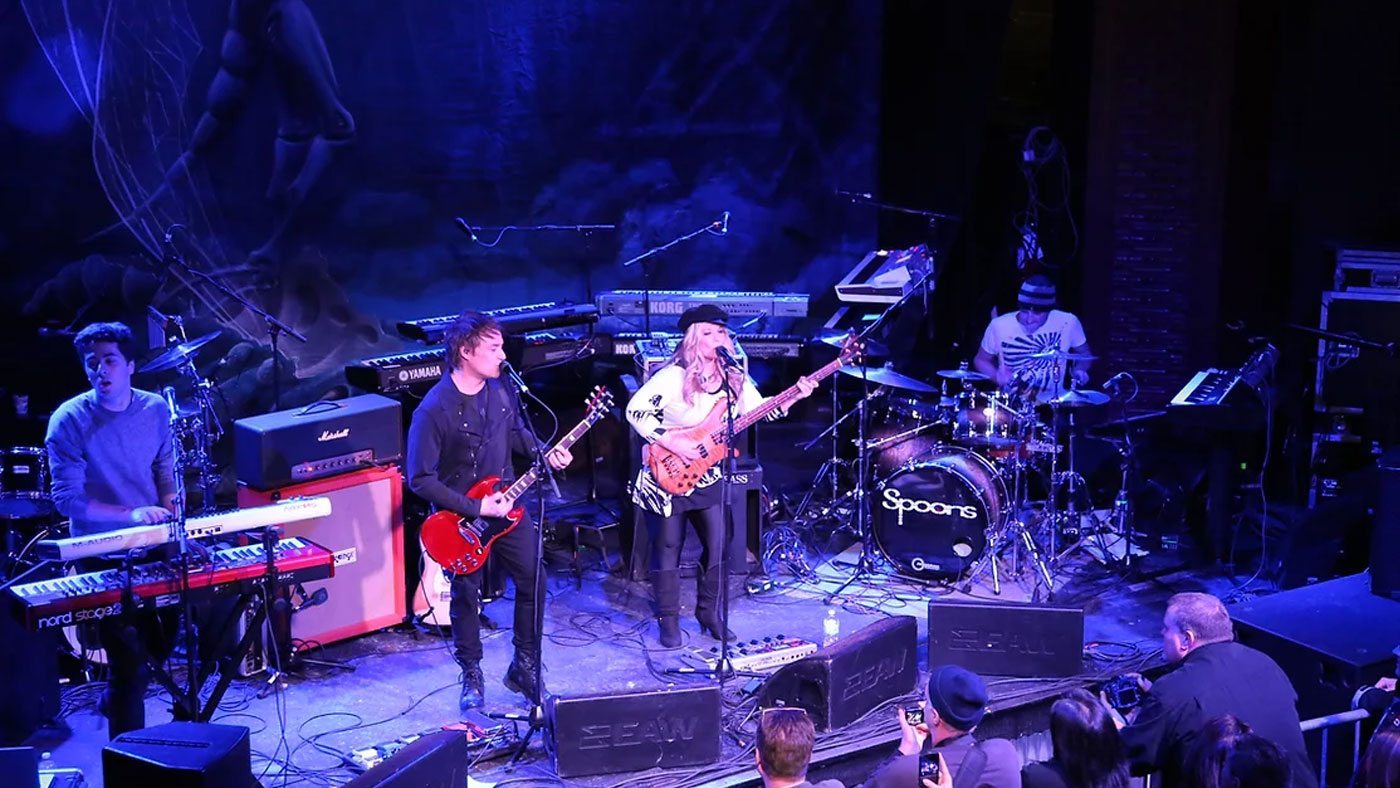 Gord Deppe and Sandy Horne defined the sound of pop and New Wave in the 80’s, with hits including “Nova Heart”, “Romantic Traffic”, “Old Emotions” and “Tell No Lies”. Their album “Arias & Symphonies” was named one of the 20 Most Influential Albums of The 80’s by “the Chart” Magazine, and their song “Nova Heart” was recently included in Bob Mersereau’s book “the Top 100 Canadian Singles of All Time”.

In 2019, Spoons Released a bold new album, “New Day New World”, playing on the band’s earlier edgy electro-80s sound and evokes the fun, pop sounds of their biggest hits while transporting them firmly into 2019. Four video singles have been released so far: For the First & Last Time, All the Wrong Things (In the Right Places), Landing Lights, and the title track, New Day New World. The retro 80s movement shows no signs of slowing down. Not one bit. And as far as Sandy, Gord, and a lot of fans are concerned, that is a very good thing indeed.