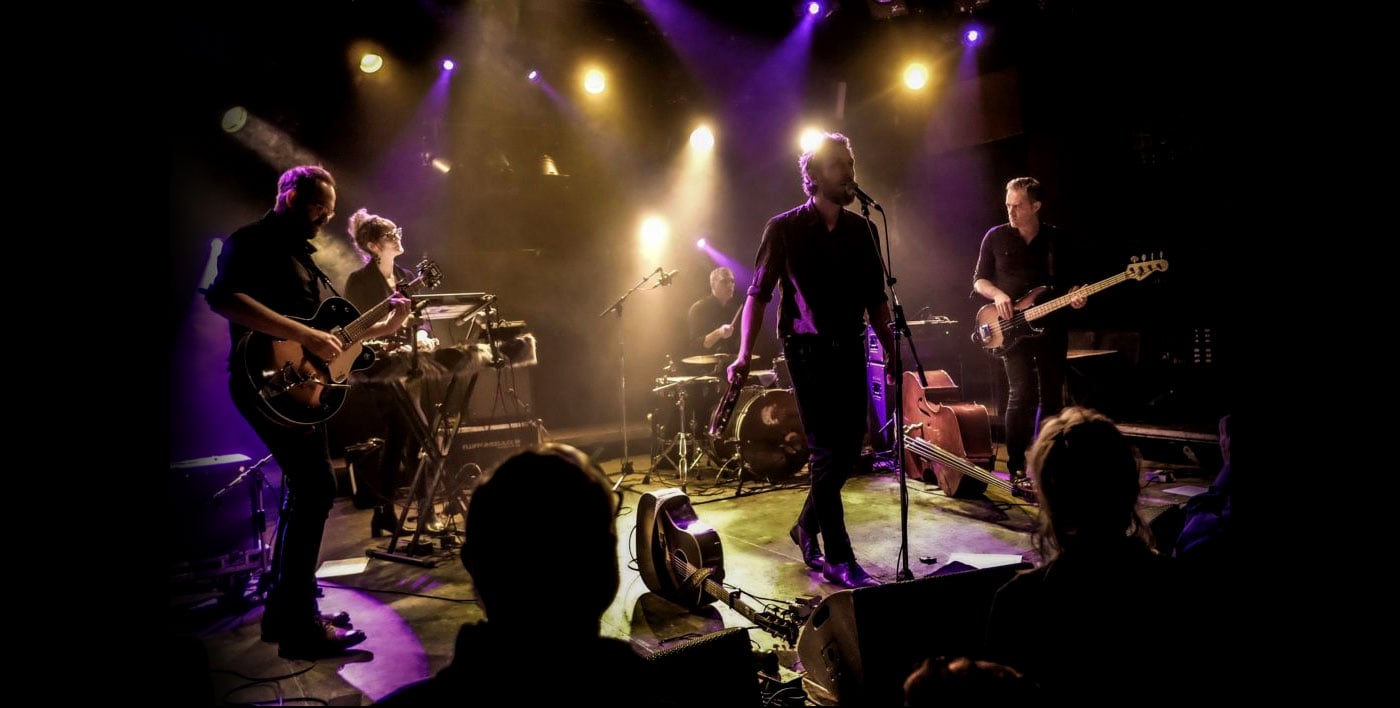 Over seven albums, multiple EPs, live broadcasts and reissues, the Toronto-based project led by singer-songwriter Tony Dekker has established itself as a beloved indie folk act in Canada and beyond. The CBC has called them “a national treasure” with a sound that is at once familiar and distinct, using the tools of folk music as the starting point to delve deeper.

In 2018, the band, led by singer-songwriter Tony Dekker released their seventh record “The Waves, The Wake”, a metaphor for the future ahead with the past trailing behind. On this album, Dekker decided to challenge himself by writing new music without any acoustic guitar which has always been his instrumental mainstay. Instead, the band incorporated new sounds such as the harp, the lute, the pipe organ, woodwind instruments, congas and marimbas along with more familiar tones from the banjo, the piano and a 12-string electric guitar. Great Lake Swimmers have been nominated twice for JUNO awards, have been shortlisted for the prestigious Polaris Prize and, won a Canadian Indie Award for Favourite Folk/Roots Artist/Group.

"The Waves, The Wake is a beautiful achievement, rife with rich and varied instrumentation and textures, engaging vocals, and bittersweet, poignant lyrics." -BIG TAKEOVER