by ntritchew 9 months ago9 months ago
36.6kviews
Reading Time:  2 minutes -

As the current temperatures in Niagara Falls reach extreme cold, it was during similar conditions, 80 years ago,  when the great Niagara Falls Bridge Collapse occurred. Known as the Honeymoon Bridge (or Falls View Bridge), this structure started to encounter some major trouble when huge chunks of ice began to accumulate underneath the bridge on January 23rd, 1938. This was due to a powerful wind storm that blew ice from Lake Erie down the Niagara River and over both the Horseshoe and the American Falls. Much like what we have experienced in recent years with the “Polar Vortex” cold temperatures a couple of years ago, the Niagara Falls during mid to late January of that year was so cold that the ice bridges were stacking up — and this definitely didn’t help matters. The ice began to mount higher and higher and it was then that it was realized that the bridge would most definitely collapse.

The Honeymoon Bridge was built in 1898 by the Pencoyd Bridge Company of Philadelphia, under the direction of Engineer R.S. Buck. The bridge was a two hinged arch with a latticed rib and its span was 840 feet long with trusses connecting the main span to the top of each shoreline. The abutments for this bridge extended to the base of the gorge and were situated next to the river’s edge. 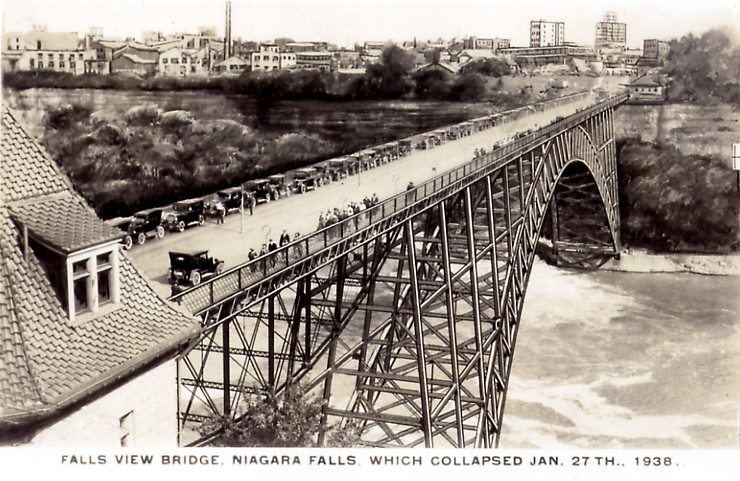 During this fateful week in 1938, the Niagara river bed rose to 9 feet high, thus engulfing the Maid of the Mist docks and everything else around it. Suddenly the abutments of the Honeymoon Bridge were encased with ice. Knowing that the bridge would collapse on any given day, all vehicle traffic was ceased to a halt the day prior to the Niagara Falls Bridge Collapse on January 26th. No fatalities occurred due to this — except for the fate on the bridge! 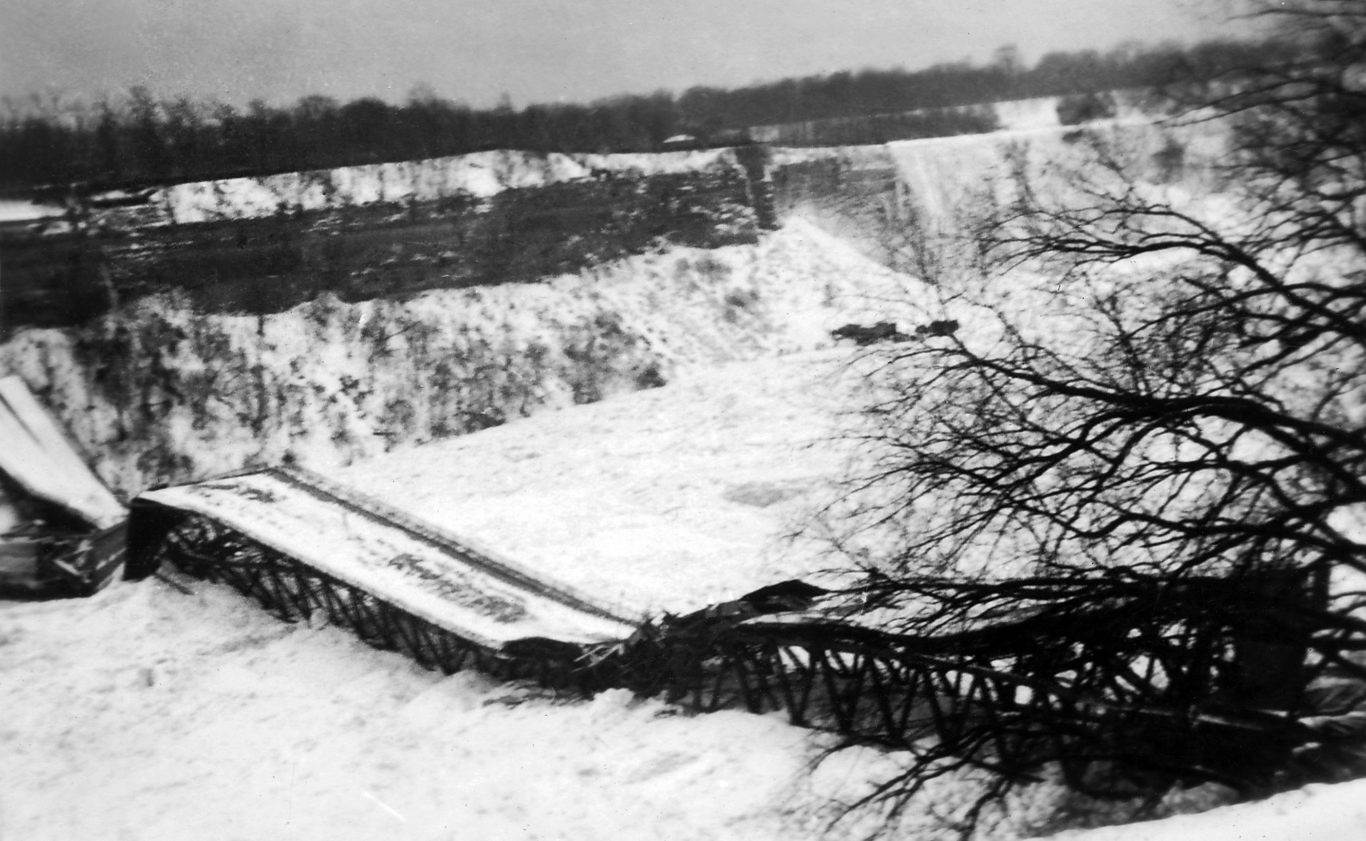 The Niagara Falls Bridge Collapse was a lesson learned — the current Rainbow Bridge sits slightly north (500 feet) from where the Honeymoon Bridge once stood and was constructed to better withstand the high winds and fierce weather conditions! 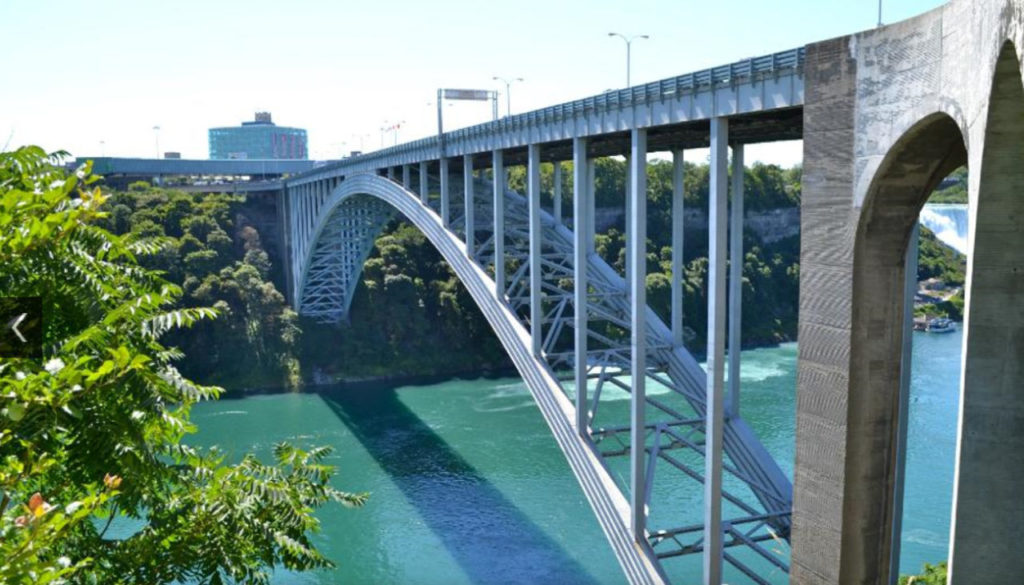 Pictured Above: The Current Rainbow Bridge

The previous Honeymoon Bridge was known to blow about pedestrians and vehicles crossing, and the bridge decking was wooden, thus making it extremely dangerous when wet. On one occasion in 1930, an American motorist crossing the bridge into Canada applied the brakes of his automobile and skidded off the bridge and into the gorge, falling to his death.

Save $18 Off 4 Top Attractions